xMEX is the time-locked equivalent of MEX. It has the same value, but for a certain period of time it can’t be bought, sold, or transferred.

All xExchange farm rewards and fees are distributed as xMEX locked for 4 years.

xMEX can be locked from any period ranging between 0 and 4 years, measured in days - more accurately, epochs: 24 hour intervals that begin and end around ~15:30 UTC each day.

xMEX can be unlocked either by waiting for the entire respective period, or at any time but with a penalty ranging from 0 to 80% (20% for each year).

Any xMEX has attributed energy proportional to the locked period.

1 xMEX gives 1 Energy Point per day it is locked for. 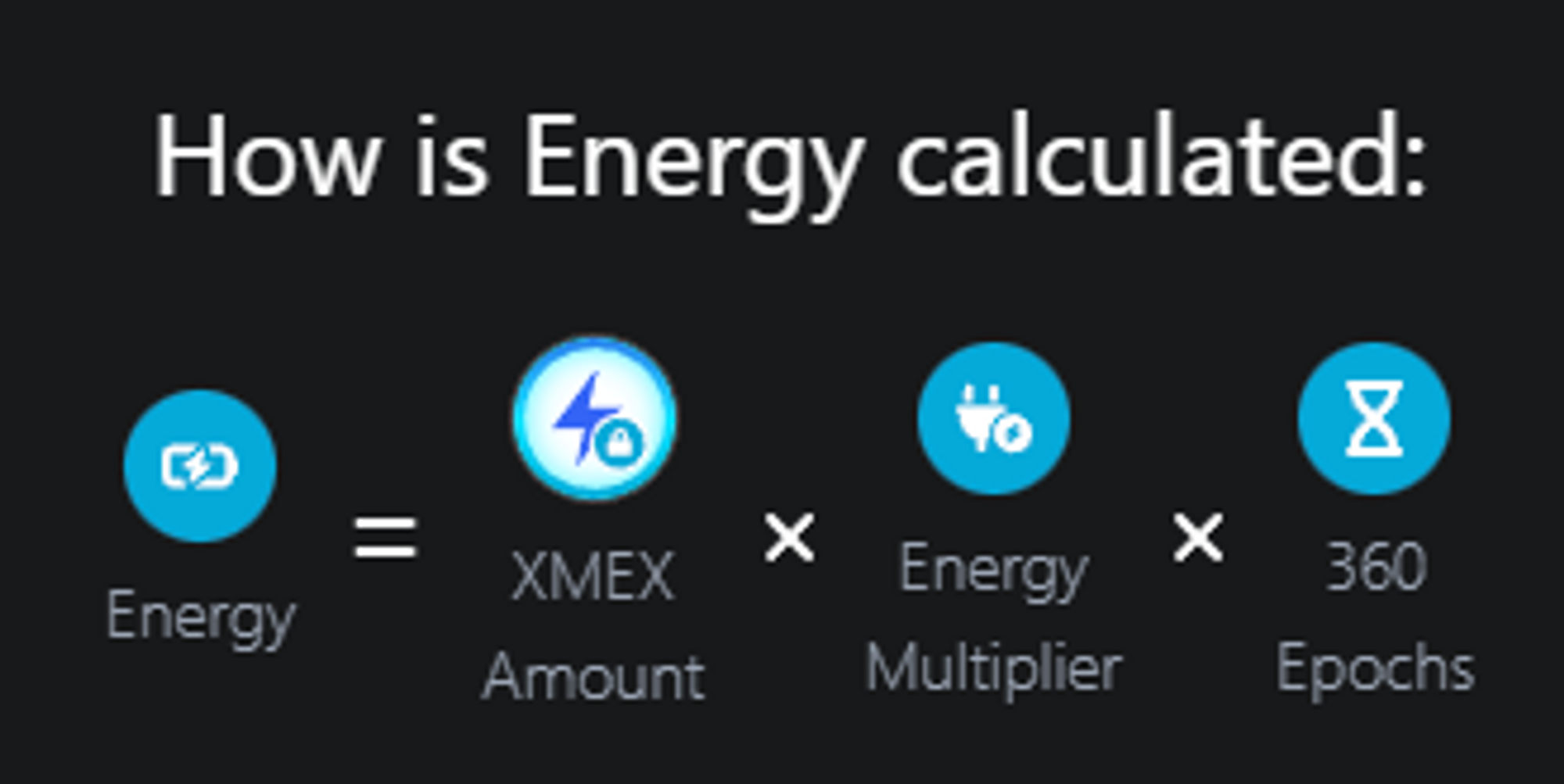 The amount of an account’s Energy determines the rate of rewards for participating in xExchange.

Each day, as the xMEX gets closer to it’s unlock day, it will lose 1 point.

However, losing energy does not mean you lose your tokens. Your tokens stay the same. You lose energy because your tokens are nearing their unlock date.

For a more in-depth look into the Energy system, check out the xExchange Whitepaper.