MEX is a 100% community owned token that is powering the xExchange. It is required for the governance of the decentralized exchange platform, as fuel for the perpetual decision-making process that will maintain xExchange ahead of the curve in terms of innovation, operational model, listing policies and other actions aimed at creating a sustainable value cycle for its stakeholders. Furthermore, the MEX token is designed as a value capture mechanism and incentive vehicle that will allow the compelling attributes of the economical advancements it enables to scale with its adoption.

A locked form of MEX, namely xMEX, is used to incentivize liquidity provision. All xMEX rewards are locked for four years by default. xMEX is untradeable and unsendable. However, a user may shorten the locking period or redeem xMEX for MEX at any time, although with a penalty. 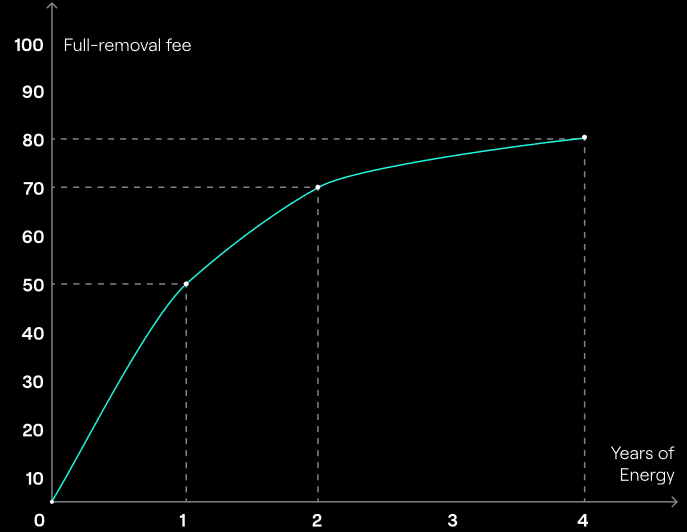 To fully remove the locking period from 4 years to 0, the penalty is 80%. As the xMEX approach their unlock date, the penalty will become lower and lower.

50% of the penalty will be used to burn MEX, while the other 50% will be re-distributed to xMEX holders.

Since xMEX is used for all kinds of rewards, namely farming rewards, boosted rewards and passive rewards for users with energy, there needs to be some inflation to enable the distribution of the tokens. These are the inflation metrics for xMEX: 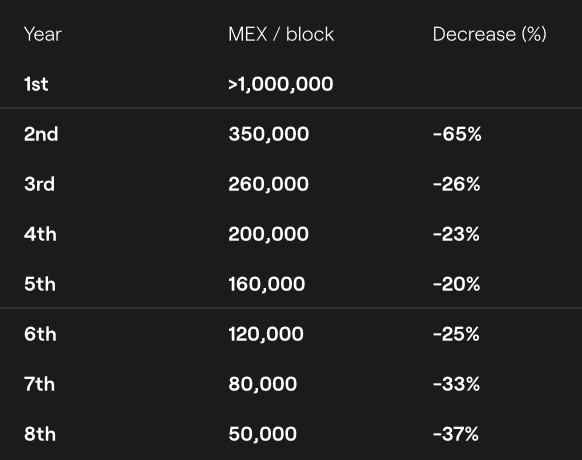 The first year’s emissions were under the old tokenomics (LKMEX). The transition to xExchange and xMEX happened simultaneously with the start into the second year of emissions.

To battle the inflation, there are various burning measures in place, namely:

For all the Tokenomics details, we advise you to read the xExchange Whitepaper.